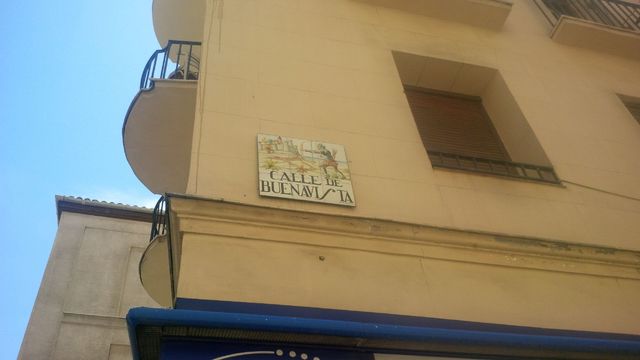 Twenty years ago, I was living in Madrid on sabbatical from The Philadelphia Inquirer. At the time I did not have a residency visa, so I was unable to open a bank account, plus I had to leave the European Union every three months. I managed to find an apartment not far from the Plaza Santa Ana, where I was staying in a hostal on the calle Huertas, a busy street with lots of bars, restaurants and a very cool jazz club that recently closed. Every day I would check Segundomano, a shopper-type newspaper, and make appointments to see apartments. Most people wouldn't rent to a person who did not have a bank account, but at last I found an old building with a two-bedroom apartment that seemed good enough. I signed a lease in Spanish and the landlord gave me his bank account number so I could deposit the rent each month. The apartment was the one he lived in when he first got married. He was tall and resembled Ted Danson and was a nice guy. He showed me how to light the old-school heater in the kitchen, so as to have hot water. I was terrified of blowing up the place. He pointed out the washing machine and flipped the dials so I would know how to wash my clothes; pointed to the sink and told me to be careful, he didn't want to have to hire a plumber! Too bad he didn't tell me the word for laundry detergent; I ended up washing my clothes in fabric softener for at least a month.

After the landlord and I completed our transaction, I walked up the hill to a bar/restaurant and was chatting with the bartender. He told me the neighborhood was muy peligroso, very dangerous. Not exactly what I wanted to hear, but I said to him in Spanish, "dangerous, really? Are they going to stick a gun in my back and rob me?" He said, "no, nothing like that. They might try to grab your purse." Ha!

The apartment was a fourth-floor walkup. I had forgotten some advice about making sure it had heat, and it didn't. It boasted a couple of portable radiators that you plugged into the wall. By October, I was freezing. My neighbors across the hall were wonderful, a professor of some sort whom I never saw, his wife and daughter, both of whom were extremely friendly and welcoming. They assured me the neighborhood was not dangerous and they had lived there all their lives. One day I was chatting with the daughter and told her how much I loved the pinchas de tortilla, pie-shaped servings of the Spanish egg and potato concoction. She said, "no, no pinchas, you have to eat the whole tortilla." And she was so thin!

One evening after a late-night concert, a taxi driver dropped me off in front of my building, and he noted the number, 36. "That's a very sad number here in Spain," he said. "Why is that number sad?" I asked. "That's the year the civil war began," he told me. Sixty years later, it was still fresh in the memories of many Spaniards, I came to learn. But, of course. Our own Civil War is much deeper in the past and yet still resonates in our daily lives.

Civil wars are always complicated, but the Spanish Civil War defied comprehension at first. It has sometimes been called the last war of ideas: Republicans, the Catholic church, the Nationalists, the Anarchists, the Fascists, the Communists, to name a few, all battled it out and made odd alliances. The first time I visited Madrid, Francisco Franco, who led the Nationalists and won the day with the help of the Fascists and Nazis, was still in power, though he died later that year. A row of Guardia Civil stood at attention with their giant rifles in front of the Prado Museum. It was a bit intimidating, needless to say. They were on the trains, everywhere. All the women seemed to wear long black dresses; there was a somberness to the city.

Years later, when I returned, the city had been transformed. Couples kissed on the street, the Spanish women were fashionably turned out and the young ones invariably had bared midriffs.

The last time I was in Madrid, in 2016, my favorite hotel had been rebuilt and upgraded; the coffee shop next door was gone, along with the glass cups and saucers accessorized by little tubes of sugar and tiny pastries called palmitas. I had to buy my coffee across the street at Starbucks and drink it from a paper cup. That gave me a bit of a jolt and not from the caffeine!

I can't wait to return to Spain in 2019 to see how Madrid continues to transform itself, moving more and more into the mainstream of the modern Western world, even as it maintains some of its most cherished traditions, like the paseo, the tapas, the cañas, and going to the movies on Sunday night.

This is a very handsome blog, Linda. I look forward to visiting it.

Thanks so much, Charles!